One of my New Year’s resolutions was to attend a couple of minor league hockey games. For those who have followed me from WishesNetwork know that I’m from Detroit. We still have the Detroit Red Wings who won the Stanley Cup in 1997, 1998, 2002 and 2008. I was a big fan of the Red Wings during my teenage years and early adult years. I fell away from the Red Wings after Nick Lidstrom retired. You can’t expect Steve Yzerman, Sergei Fedorov, Darren McCarty and among a few others to play until the end of time. As of this blog posting, the Red Wings are dead last in the NHL.

When it came to minor leagues, we had the Detroit Vipers of the now-defunct IHL or International Hockey League. When they came to town, they said record attendance and we’re competitive. They won the Turner Cup in 1997, just a few days before the Detroit Red Wings won the Stanley Cup. The Vipers went bye-bye in 2001 and so did the international hockey league which was a double bummer. In 2007, the United Hockey League or Uhl did a revamp and name themselves that IHL. In fact, the “new” IHL had its headquarters in Rochester, Michigan. The “new” IHL didn’t last long, it went bye-bye in 2010. Detroit had a UHL team in the mid-2000s called the Motor City Mechanics and they got some Fame when Chris Chelios and Darien Hatcher along with a couple of other Red Wing players participated in a few of their home games. It was also on a documentary featuring the now-defunct Roanoke IceHogs.

Recently in 2017, the Federal Hockey League started a team called the St Clair Shores Fighting Saints. I attended a couple of games. They played their home games at the St. Clair Shores Ice Arena. The Fighting Saints did poorly and they were in last place in the 2016-2017 FHL season. The next year, they became to North Shore Knights where the team folded before the season was finished. 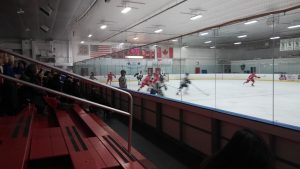 A photo of the Fighting Saints in 2017 vs. The Prowlers.

For Detroiters who enjoy minor league hockey, one would have to travel about 40 miles Northeast to the historic small city of Port Huron. And early 60s, Port Huron built its own small Arena and has hosted a hockey team pretty much since 1962. But for the most part, besides the Port Huron Flags (1962-1981), hockey franchises don’t stay long in that city. However, they seem to keep one there each year. In 2019 to 2020, the FPHL (formerly known as the FHL) has the Port Huron Prowlers. Ever since its foundation in 2015, the Prowlers have had winning seasons ever since. I also saw the Prowlers when they beat the Fighting Saints big time. Also, the Prowlers picked up a couple of Ex- Fighting Saints such as Zack Zulkanycz and Johnathan Juliano.

For this game on 17 January 2020, I decided to do a little tour of Port Huron first and I went to a bar called Tio Gordos to have some hard cider in a shot of Jose Cuervo. I walked to McMorran Arena with my printed ticket I bought via Ticketmaster for $16. Later to arrive and see I could have bought one for $11 at the box office.

This one is for me: 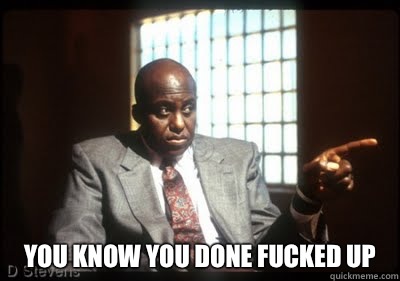 Before they allowed us in, I was talking to some of the fans and we were discussing minor league hockey and how the whole system works. It led to a discussion with somebody there saying that the OHL is at a higher level than the ECHL. I have always known that the OHL is a Junior League, and later research concluded that to be true. Plus, I didn’t want to argue, I have noticed lately with people and also which side you lean on in politics, people are so hell-bent on being right. The Prowlers were hosting the lowly Battle Creek Rumble Bees, who at the time, were 1-28. According to a few folks, the franchise and team were put together within a couple of months.

The seats at McMorran Arena weren’t comfortable for my thirty-seven-year-old ass and back, but I wasn’t expecting comfortable seats anyway. I think the arena has the same seats since 1962. The first period started with the Rumble bees taking a 2-0 lead, but the Prowlers were able to tie it up by the end of the first.

After 1 period of play we are all tied up at 2-2 in Port Huron pic.twitter.com/zCoAY3DqQY

The Prowlers have quite an interesting player on their team by the name of Joe Pace Jr. Pace junior is not only a defenseman, but he’s also the coach and the GM of the team. His father Joe Pace Senior was previously the head coach and GM. Senior was behind the bench when I saw the Prowlers as visitors when attending the second and Final Fighting Saints game. He got angry about a call in that game and start cussing at the refs. Apparently, he later found something better with a Prowlers competitor and he’s behind the bench for them.

The second period was a little more exciting as the Prowlers scored 7 goals in the second, taking a commanding 9-2 lead. Some folks in the crowd behind the Battle Creek goalie begin to sass him a little. The third period wasn’t So exciting in the goal-scoring category, but I had around the 12-minute mark, one of the Prowler players Tyler Becker went to the Battle Creek bench and cussed a few players out. Some later research led me to his hockey database profile, he had played for the Rumble Bees until he eventually made it to the Port Huron side. I suppose someone he didn’t get along with pissed him off earlier and he wanted revenge. 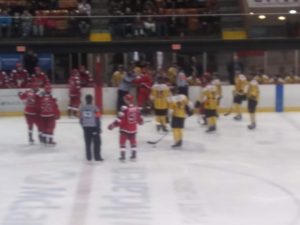 The game’s first star was Austin Fetterly who got a hat-trick. It was also his late father’s birthday, so that was a good moment for him. After the game was over, I felt a little sorry for the Battle Creek Rumble Bees. It’s kind of crappy to take the long trip to the arena, ending with you getting your ass kicked and handed it to you, then taking a long bus ride home. According to one of the folks I was talking to before the game started, the owner of the Prowlers also owns the Rumble Bees and is committed to keeping them around. Hopefully, things improve with the Rumble Bees.

Also, roller hockey is coming to Port Huron. I definitely want to check that out. And also, prior to walking into the arena, I saw a flyer with Fleetwood Mac and bright letters. I thought to myself in disbelief, Fleetwood Mac is coming here? I got closer to the flyer and it said a Fleetwood Mac tribute band. Wow! 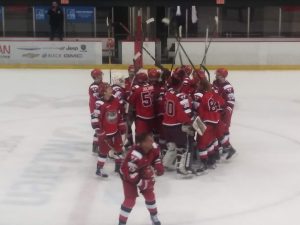 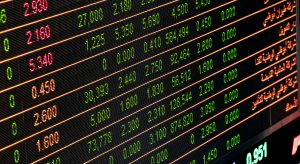 Note: this following blog posting is about investing in the stock market and ETFs. If you plan on investing in what I say here, it’s at your own risk.

One of the items I will be talking about in this great blog here is investing in the stock market. I started investing on 28th November 2017. That was the 10-year anniversary when I had a lovely experience of having a gun pointed at my head and the six-year anniversary of losing my fellow writer friend Justin Dwayne Foxworth. I started with Stash Capital and been on there since this blog posting. I begin investing in ETF’s at first due to the fact that Stash didn’t have much to offer in individual stocks. I started with investing in technology mainly and later got into bonds.

It wasn’t until the summer of 2019 when I took a chance on individual stocks. After reading quite a lot about AT&T and stash later had it available. AT&T at this time of this blog posting pays a $0.52 dividend per share. From August until now, each month, I buy 1-2 shares of AT&T.

The year 2020 has started out pretty well for my portfolio. Another item worthy of mention is marijuana. Once the MJ fund became available on Stash, I bought a few shares at around $30. It got a bit hairy In late September when the marijuana sector along with Aurora cannabis went down big time. Since the time of this blog posting, the MJ fund went from around $16 to $18.50 as of 16 January 2020. I’m looking into the Cronos Group as a possible buy due to the fact that the cost per share is still under ten bucks. But I like to do some research on them first and look at their quarterly reports. For help with my future decisions is taking a look at this chart here. Also, Departures Capital is also helpful as a good chunk of the videos talks about the MJ business.

A mutual fund I’ve got a few dollars with is VGT or Vanguard Information Technology Fund (referred to American Innovators in Stash). When I started investing with Stash, American Innovators was one of the mutual funds I selected. I would put $5-10 a month on 1st in late 2017 to the end of 2018. It wasn’t until early 2018 is when I would put $20-40 in it at a time. Another lowly fund I was investing in was CIBR (referred to Data Defenders in Stash). From November 2017 to early 2020, the fund went up 19% with 321 invested and paid $383, a $62 profit. I sold it and threw some of it into VGT. The CIBR fund had a very low dividend rate and the expense rate was nearly three times higher than the dividend rate. And speaking of funds similar to Data Defenders, I also invested in ROBO (Robots Rising) and SKYY (Cloud Nine), both are similar to Data Defenders with the low dividend payout, but SKYY has a bigger dividend payout. I’m going to keep these two around and my plan is to put more into ROBO until I see a go past 10%.

As of writing this article on 16th January 2020, I see that some of my stocks and funds are at 15% or higher and my portfolio is at 9%. My plan is to invest more with AT&T, Cisco, Wendy’s and I’m looking at add more to the VCIT (Big Business Bonds: Medium-Sized on Stash). VCIT and a couple of other bonds pay each month. Plus also, I want to do some defensive investing for this year.

On 24th December 2018, the stock market took a serious crap. My portfolio went to negative 10% so, this good streak with the stock market while it’s going, can go down. I’m expecting that soon.