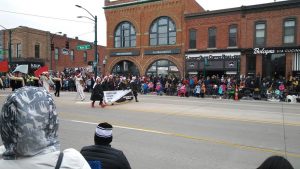 For those who are familiar with the WishesNetwork channel (on its way to being deleted off of YouTube), some would know I live in the Greater Detroit area, particularly in Macomb County. Outside of Macomb, there are two cities, Rochester Hills and Rochester. Rochester has a thriving downtown area with many shops, bars and also trails. You like biking trails? Rochester has two, the Clinton River Trail and the Paint Creek Trail. On the second Sunday of December, Rochester has its annual Christmas parade. I’ve been to it from 2013 through 2017 and I also went there when I was 7 in 1989. Back in 1989, I wanted a red balloon but they ran out of those, I was pissing and moaning about it through half of the parade. Apologies to my family for that one.

For the 2019 Christmas parade, I didn’t take any pictures, so some of these photos are from the 2016 parade, and a few I borrowed. The parade usually starts at 2 p.m., and I and a friend arrived shortly before noon. Our bar hopping Adventure started at Rochester Mills. I have been to Rochester Mills plenty of times before and the bar has a band playing most Fridays and Saturdays. The place is also pricey for their alcohol. My friend had a Bloody Mary and I had Blake’s Hard Cider and a shot of Jose Cuervo, cost us 30 bucks. 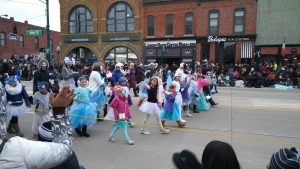 Another place that went under in downtown Rochester is the Paint Creek Tavern. The folks who owned the building also bought O’Shea’s BBQ which is next door inside a plaza next door. O’Shea’s BBQ, although open, was still being renovated at the time. The kitchen wasn’t open yet, so any food was strictly appetizers. When I was at Paint Creek Tavern two years back, they were serving hot chocolate mixed with alcohol, O’Shea’s was doing the same this time around. All three places that we went to had holiday music playing. Back in my good old loser days from 2007 to 2008, I was working as a dishwasher/busser at my aunt’s restaurant during the holidays. The radio would be tuned to WNIC which usually goes all holidays in early November. They have been ripped on by some local critics a few years back. Besides being annoyed by WNIC going all-in for the holidays, they barely played the Trans-Siberian Orchestra, that’s some bullshit there. After O’Shea’s, we walked to the 4th Street and Main intersection where is the announcer booth was set up. Some local and state politicians were among the first in line. Next up where the high school marching bands. They have the whole thing here on YouTube, take a look:

Just shortly before the end, we decided to get some food. We went to the Rochester Chop House. This restaurant has two restaurants in one, the other is a pretty damn expensive backdoor steakhouse. I have seen some items on that menu that ranged from $30 to $50, little too much for my “kinda rich” self. In the front is the Chop House, it was one of the smallest restaurants I’ve seen. Not as small as the now-defunct Shelby Grill in Shelby Township, but quite close. One of the things that makes Rochester so great during the holidays is the big bright light show. We left Rochester before 5 p.m., that’s when the lights turned on, so we didn’t see them that day. However, I was in downtown Rochester on Black Friday night. Too crowded! The photos of Rochester that day were kind of crappy. So here are some photos from 2018: 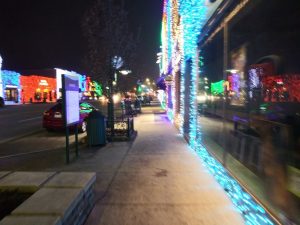 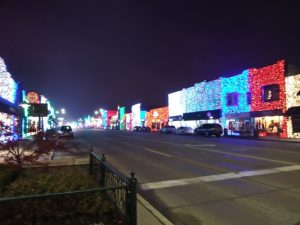 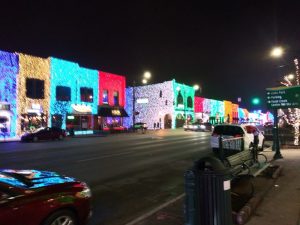 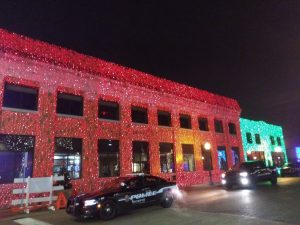 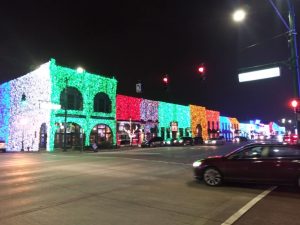 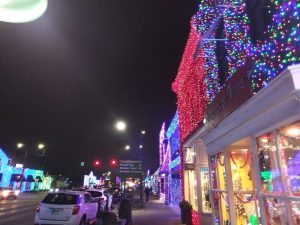 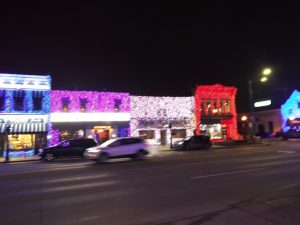 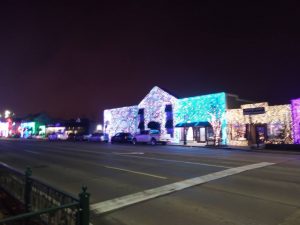 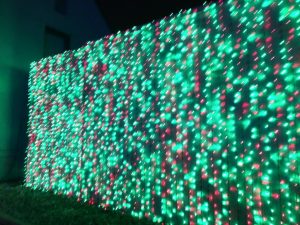 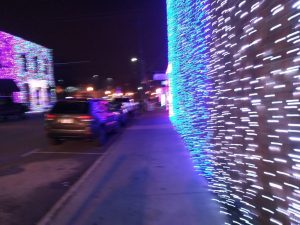 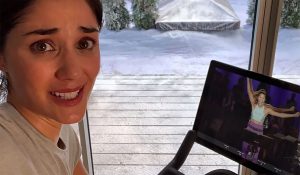