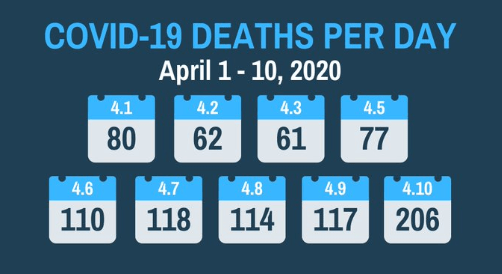 Well, some fun things are happening in Michigan and my guesses that folks going apeshit crazy on the identity politics seems to be going true. With my sick little life now, I’ve been keeping an eye on mainly the local news while watching a small portion of the national news. I’m trying my absolute best not to watch the news so much because it’s fucking depressing. But with what has happened last week with the governor of my great state and her executive order on telling the big box stores to not sell non-essential items caught my eye.

Of course, with WishesNetwork, I had tapped on the very idea of identity politics. In Zombies 3 and Alien Attack, I showed the CNN vs. Trump war. With Supernatural Threat, Mr. Carmel’s own Josh Skillington blamed the Democratic Party for the demons entering Earth (voiced by me, I was really drinking when I did that). There are quite a few things that played the identity politics card on my vids and any possible upcoming vids (still working on the weather scenario).

Although I poke fun at identity politics, I find them to be annoying for the most part. It’s the main reason why I stay away from national news sans PBS. After Trump got elected, the Twitter machine was filled with people bitching about Trump. I look at the feed and it was barely anything that wasn’t Trump-related. I check the trending list and there is some hashtag followed by something bad about Trump. My Libertarian-self who voted for Gary Johnson was surprised that Trump won, I thought Clinton was going to win it. And this makes me sound like a Trump supporter, but I found it hilarious that people were crying when Clinton lost.

When Trump got elected, I thought to myself, let’s give the guy a chance. He’ll likely make the economy great but let’s hope he doesn’t send us to nuclear doom. I was 50/50 and just before the Coronavirus situation, I was at 40/60 with Trump. There were things he was doing and saying that I didn’t agree with, but not to the point where once he tweets, I respond harshly to him. There are people that hate Trump so much, they sit there and wait for that alert on their phone to show up saying Trump tweeted, and they get very angry and respond. Shit, there are people doing this while driving in their cars. They are driving and the alert pops up. They have both hands furiously on the phone calling Trump an asshole while swerving all over the road and driving 10 miles under the speed limit.

Now, in case anybody gives a shit about my thoughts of Trump during this crisis, I was wondering why at first he wasn’t taking the virus seriously. When I saw the news in China in January and February, I thought to myself, it will get to the United States. I should stock up on some water and food. And make other preparations. On Monday, March 9th, I had to get my car repaired at the shop which cost me over $500, so I thought, next week, I’ll prepare some more. Then on Wednesday, March 11th, that is when Governor Whitmer made the orders. I was later laid-off of my primary job and was told I may return on my birthday March 31st. I doubted that and I was later right.

Now going to Whitmer’s executive order that included telling big-box stores not to sell non-essential items, I don’t think Whitmer intended to screw with constitutional rights, I think it was due to panic. On April 10th when Governor Whitmer pushed this out, the state of Michigan nearly doubled its Coronavirus death rate from the previous day.

As I said, I don’t think Whitmer intended to fuck with people, but with that executive order she put out on April 10th, it does appear that way. I didn’t agree with that either. The idea that we can’t buy seeds or hardware or a birthday card? That was bullshit and quite draconian, to say the least. I thought that the big box stores (Walmart, Target, Meijer) would fight back against her and win, but so far as of this posting, I haven’t seen that yet. It’s just fucked up that people can’t buy wood for a home repair or can’t buy seeds for a gardening project. Most of us are staying put and going stir crazy, we don’t need a governor telling us we can’t buy these items.

So with all those people who protested at Lansing, I thought that was a good thing to a point of course. The thing I didn’t agree with was how people were gathering too close to each other during this protest. I’m not talking about how people inside their cars and trucks protesting, but people too close to each other without masks on. A few or some of those people are going to get sick and a few will die. Then, a few of those folks will likely blame Whitmer.

Before this crisis, there are quite a few of us getting too angry over identity politics. There are many liberals pointing their fingers in anger at Trump and other elites of the Republican party. And there are many conservatives pointing their fingers in anger at many elites of the Democratic party. It seems like, for conservatives, it’s not okay if a democrat elite makes a mistake, but if Trump made that same mistake, that’s okay. And it goes for Democrats as well, if Trump says the word bullshit, holy fuckaroni!

Yes, I’m angry at Whitmer for the executive order and I think Trump is doing a sub-average job with the handling of the Coronavirus situation, including on Tuesday, April 14th where he played that stupid-ass video during the press conference. Also, I didn’t agree with Trump appointing Pence as the Coronavirus czar. Prayers don’t work.

I like to say to these folks who I mentioned in the previous two paragraphs to take it easy, but I don’t think they’ll listen to me. It’s not the virus I fear the most, it’s the people I’m more concerned about.